I am thrilled to have this opportunity to share a guest post on The Coconut Mama.  I’ve been a follower of Tiffany’s blog for some time and have enjoyed many of her amazing recipes and posts.

Like Tiffany, I did not grow up exclusively on ‘real food’ and began my journey shortly after the birth of my first daughter 8 years ago.  I have had my share of processed, nutrient-poor and denatured foods.  I started to slowly make changes and my body cried out ‘Hallelujah!’ when I began to eat foods that were nourishing it instead of depleting it.

It’s Not Just About The Food You Eat

Eating nourishing foods is extremely important to one’s overall wellness.  While the nutrient content of the food is important, just as vital is how the food is prepared.  Cooking food properly has a great deal to do with how nutritious the food is.  We are all at different stages of our health journey, and I am well aware that it can take some time to get to the point where we are dealing with food preparation and not just the ingredients themselves!

For our family, it was just within the past half-year or so that I determined to ensure that I was preparing and cooking food for my family optimally.  This led me to the seemingly dramatic decision to throw out our microwave.  I had heard whispers about the health concerns surrounding microwave use for some time, but had not taken the time to thoroughly research the matter on my own and come up with a conclusion.  When I finally did read about it, it became clear to me that we could not continue using our microwave oven.

It’s pretty handy here in Switzerland because you can often just write a little sign reading “GRATIS” (free) and leave working housewares out in front of your place… depending on where you live, someone will often take it away. (If not, though, you will need to pay a fee!)

There were actually some other functions included in our microwave, like a convection oven and grill that were pretty handy, but I just didn’t want to have the temptation of a microwave anymore.  Here is a picture of it out in front of our apartment: Sure enough, the oven was gone in almost no time.

Why Microwaves Are Dangerous

Exposure to the radiation in microwaves changes the chemical structure of food.  The molecules move rapidly within the food causing steam which in turn heats the food.  While consumers have long been warned about heating food in plastic containers in the microwave because of the leaching of carcinogenic chemicals, what many people still do not know is that the molecules left in the food bear little resemblance to their original state.  They are badly deformed and the structure is changed to such a degree that it may potentially be harmful to the body.

One story that was most compelling to me while I was learning about microwave use was about a woman from Oklahoma back in 1991 who went into the hospital to have hip surgery.  During the course of her surgery, she required a blood transfusion.  It is routine procedure to warm blood prior to a transfusion, (albeit not in a microwave).

The nurse attending her treatment decided she would save time and microwave the blood intended for the woman’s transfusion.  The blood had been altered to such a degree during the microwaving process that her body rejected it and she subsequently died.

Hans Hertel is an agronomist and food scientist who was conducting a study on the effects of microwaved food on the blood in the 1980s. The sample study was small but his findings were quite compelling.  He discovered that the participants who had ingested microwaved food had

When compared with the other subjects.  Despite problems with the methodology of his study, he was still issued a gag order by the Swiss Trade Organization which was later lifted.  It makes one wonder what they were so concerned about and wanted to keep from the public.  Hertel’s findings were eventually published.

We are frequently warned against heating baby formula and breast milk in the microwave.  If the medical establishment and institutions of higher learning are concerned about the loss of nutrients and the destruction of protective properties in the case of breast milk, then how is this different from the everyday food that we eat?

I firmly believe that it is not.

Alternative Ways To Heat Your Food

Take heart!  There are other ways to quickly and easily heat up your food.  I am primarily talking about re-heating because I rarely if ever used a microwave to cook food.  Re-heating food on the stove or oven may take a few minutes longer but it will taste infinitely better and will also retain the heat more efficiently, unlike microwaved food.

Here are some of the options that I use:

I also like using pyrex dishes and regular sauce pans to re-heat.

The jury is definitely still out on the ultimate safety of microwave ovens, with experts on both sides stating opposing views.  I have decided that for me and my family I would rather be safe than sorry.  As it turns out, it is not that difficult to throw something on the stove or in the oven to re-heat.  While it does create a few more dishes, I don’t mind being more cautious just in case.  Believe it or not, it is possible to survive without a microwave!

I’m a mama of three beautiful coconuts and they are the reason I named my website, The Coconut Mama. I’m passionate about traditional and healing foods. As a true believer in the health benefits of coconut, I use coconut products in all my recipes. I share my tutorials and recipes on my site with the hope of helping others to live healthier lives – with coconut! 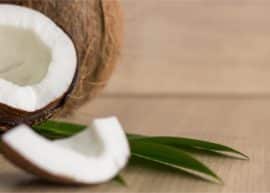 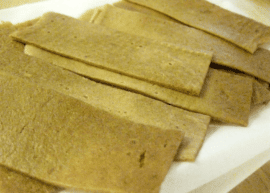 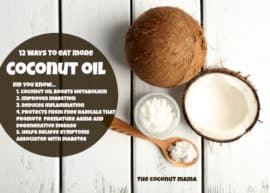