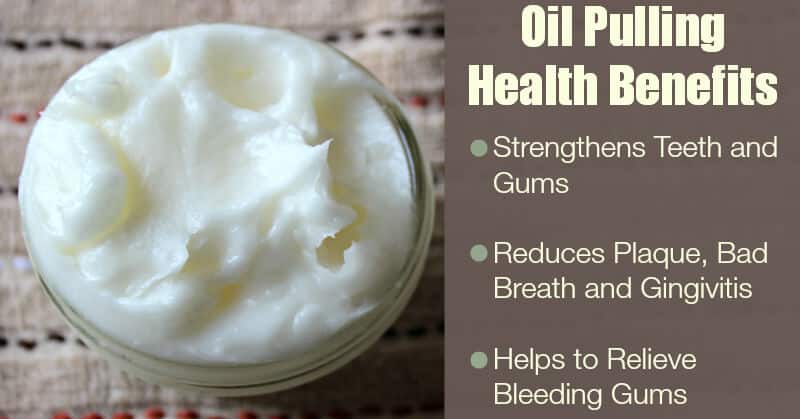 I love it when I learn new things from the comments people leave on my site.

About two weeks ago, I wrote an article about coconut oil – an awesome tropical oil with many health benefits.

A few people commented that they use coconut oil for something called “Oil Pulling” – which is kind of like using an oil as mouthwash.

Apparently, there are quite a few studies that support this process and a lot of people on blogs and discussion boards swear by it.

I have now been doing this every morning for about 10 days… and I am impressed.

What is Oil Pulling and How Does it Work?

Oil pulling has been used for thousands of years as an Indian folk remedy.

It involves putting about a tablespoon of oil in your mouth, then swishing it around your teeth for 10-20 minutes.

There are thousands of different types of bacteria in the mouth. Some of them are friendly, others are not.

Certain bacteria can cause harm, such as Streptococcus Mutans, which is the main culprit behind plaque buildup, gingivitis and cavities.

The bacteria in the mouth create a “biofilm” on the teeth – a thin layer that they use to adhere to the surface. This is what we know as “plaque.”

Having some plaque on your teeth is normal, but if it gets out of hand it can cause all sorts of problems.

The way oil pulling works is simple. When you swish the oil around your mouth, the bacteria “get stuck” in it and dissolve in the liquid oil.

Basically, you remove a large amount of the bacteria and plaque in your mouth each time you do this.

Traditionally, the Indians used other oils such as sesame oil or sunflower oil.

Oil pulling should work with pretty much any oil you choose.

I prefer coconut oil because Lauric Acid (about half of the fats in coconut oil) is proven to be antimicrobial… it can kill bacteria, viruses and fungi (1, 2).

The taste of coconut oil is also fairly pleasant compared to other oils. I found it rather disgusting at first having my mouth full of oil, but I got used to it after a few days.
Now let’s look at a few studies on oil pulling…

Streptococcus Mutans is one of the main bacteria in the mouth and a key player in plaque buildup and tooth decay.

In a study published in 2008 with 20 adolescent boys, oil pulling (using sesame oil) caused a reduction in the number of Streptococcus Mutans in the plaque in as little as 2 weeks (3).

It was not as effective as a Chlorhexidine mouthwash, but much cheaper and MUCH less nasty.

Gingivitis is caused by inflammation of the gums and happens when the immune system starts attacking the bacteria in the plaque.

Bad breath, otherwise known as halitosis, is in many cases (not all) caused by the smell of chemicals and gases produced by bacteria in the mouth.

It makes sense that if you get rid of some of these bacteria, you reduce bad breath.

In a third study of 20 adolescents, oil pulling therapy significantly reduced all markers for bad breath and was just as effective as chlorhexidine mouthwash (5).

How to Oil Pull

Here’s how to do it:

If you use coconut oil like me, then you may have to chew on the oil for a few seconds for it to melt, because it is solid at room temperature.

It is best to do this on an empty stomach, before you brush your teeth.

I prefer to do it while I take a shower in the morning.

I put the oil in my mouth, swish it around while in the shower and try to “push” and “pull” the oil between my teeth.

When I get out of the shower I spit out the oil, rinse my mouth with water and brush my teeth.

There is no need to use a lot of force here, if doing this causes pain in your facial muscles then just relax a bit. Try using less oil next time and don’t swish it around too forcefully.

It’s important to spit out the oil. You don’t want to swallow it because it is full of bacteria and nasty things.

I’ve been doing this for about 10 days now.

I’ve definitely noticed that my breath is fresher and my teeth look a lot cleaner… both whiter and more shiny.

I’ve never had any dental problems, but I can see how this could have benefits for people that have them.

There are a lot of wild claims out there about oil pulling and how it “pulls” toxins out of your bloodstream. I really don’t think that makes a lot of sense.

However, oil pulling IS effective at reducing the harmful bacteria in your mouth and improving oral and dental health.

I have to say that I am really surprised at how effective this is. I plan to continue doing this for a long time.

This article was originally featured on Authority Nutrition and has been republished here with permission. 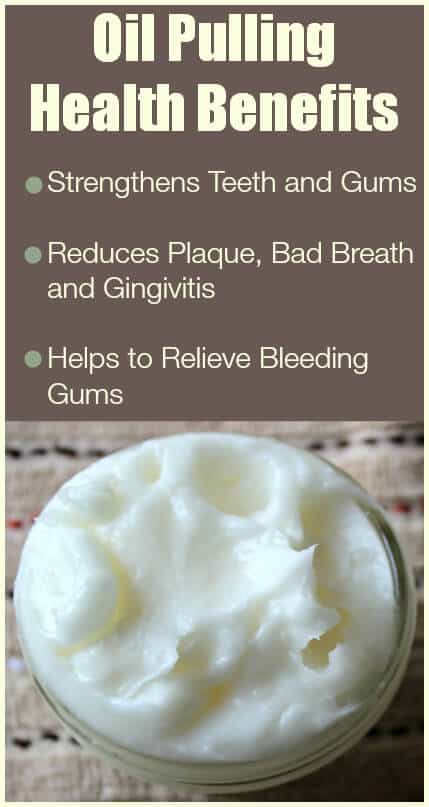 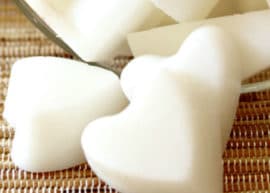 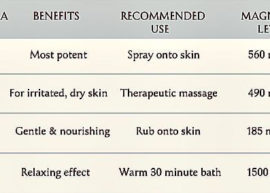 Do You Need Magnesium Supplements? 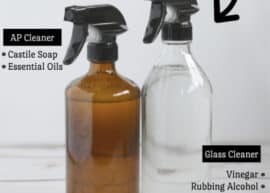