There are several coconut products to choose from while stocking your refrigerator and pantry.

Among the most popular are coconut oil and coconut milk.

Both are made from the pulp of coconuts but are as different as the “oil” and “milk” in their names would suggest.

Here’s a summary of each.

Coconut fruit is high in fat, the majority of it being saturated fat. Coconut oil is made by extracting the fat out of coconut flesh, leaving a product that is 100% fat.

Coconut milk is made by heating coconut pulp in hot water and then extracting the liquid from the solid pulp. The result is very high-fat coconut milk which will solidify once it’s cooled, which will then either be canned or diluted with water to make carton coconut milk, which is thinner in texture.

What are the popular uses for coconut oil and coconut milk?

Canned and carton coconut milk are quite different, so I’m breaking their uses out separately.

Cooking: What are the different ways you use coconut oil vs. coconut milk?

Coconut oil is primarily used to cook other foods, such as stir-frying vegetables, or as an ingredient in baking. Coconut oil is popular for vegan baking recipes since its texture is similar to butter.

Carton coconut milk is usually used for drinking due to its liquid texture and the addition of nutrients like calcium to make it a suitable dairy-free milk alternative.

Carton coconut milk can easily be used in coffee, such as making lattes or lightening black coffee. Canned coconut milk isn’t as easy to use in coffee, but it can be done if it’s properly mixed beforehand and kept in liquid form.

Coconut oil in coffee won’t lighten it like coconut milk, but it will add a substantial amount of fat. Coconut oil is a popular addition to make bulletproof coffee, a high-fat version of coffee that typically uses coconut oil or butter. Bulletproof coffee has gained fame among ketogenic diet followers and those wanting to add the fats from coconut oil to their diet.

How are coconut oil and coconut milk made?

Coconut oil is most often cold-pressed or expeller-pressed. Cold-pressed oils are thought to retain more of their nutritional value because they aren’t exposed to heat. Expeller pressing uses high friction and pressure which can heat the oil more even though no additional heat is applied.

Cold-pressed and expeller-pressed oils don’t yield as much oil as heat-pressing (which utilizes high heat as the method to extract the oil), but maintain their nutrients and antioxidants better compared to using heat. Because the yield isn’t as high with cold pressing and expeller pressing, these types of coconut oils tend to be more expensive than some other plant oils.

Some refined coconut oils are then further processed, including neutralizing and deodorizing, but these types don’t tend to be as popular among coconut oil enthusiasts.

Coconut milk: Coconut milk is made by heating coconut pulp in hot water and extracting the liquid from the solid pulp. The result is very high-fat coconut milk which will solidify once it’s cooled, which will then either be canned or diluted with water to make carton coconut milk, which is thinner in texture.

What are the differences between refined and unrefined coconut oil?

Due to its high-fat content, coconut oil is much higher in calories than carton coconut milk; Fat is more calorie dense than carbohydrates or protein.

Although many people with tree nut allergies can safely eat coconut, the Food and Drug Administration (FDA) lists coconuts as tree nuts. As a result, coconut oil and coconut milk are considered allergenic.

The healthfulness of coconut oil is a hot debate topic in the nutrition world. Compared to most plant-based oils (olive oil, canola oil, etc.), coconut oil is very high in saturated fat. Saturated fat has previously been linked to an increased risk of heart disease by promoting high cholesterol levels. However, more recent research suggests that your overall diet and lifestyle play more of a role in your heart disease risk and that saturated fat might not be all to blame.

Can coconut oil be substituted for coconut milk?

Coconut oil isn’t an ideal substitute for coconut milk in most instances because it has a much different texture and fat content. You might be able to replace canned coconut milk with coconut oil in small amounts.

Is coconut milk or coconut oil better for your hair?

Coconut oil is popular for hair care because of its natural moisturizing effects. Coconut milk is lower in these moisturizing fatty acids than coconut oil, so isn’t meant to be used on your hair.

Can you make coconut milk from canned coconut oil?

It’s difficult to make homogenous liquid coconut milk from coconut oil, mainly because coconut oil is solid at lower temperatures. You can try heating coconut oil and mixing it with a liquid, but if you don’t use it immediately the fat will separate from the liquid. 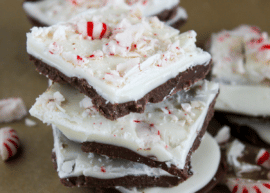 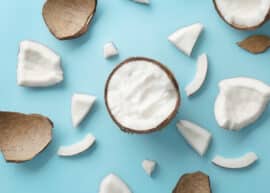 What is Coconut Puree? 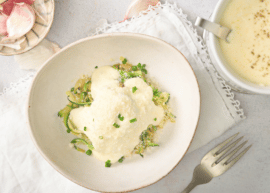