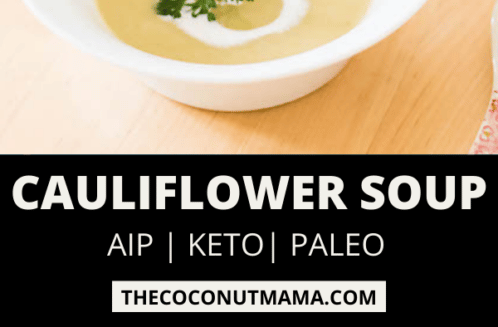 Did you know that 100 grams of cauliflower only has 2 net grams of carbohydrates whereas the same amount of white potatoes contains 15 grams?

So, while potatoes are more and more accepted on a Paleo diet these days, it’s still good to avoid them if you’re watching your weight, if you have blood sugar issues, or if you have an autoimmune condition (potatoes are nightshades).

That’s why I wanted to recreate the creaminess of potato and leek soup using cauliflower and coconut cream instead.

If you’ve only enjoyed cauliflower steamed, then you might think it’s just a boring vegetable.  And you’d be missing out…

Cauliflower is one of those magical foods (rather like coconuts) that are super versatile and can be in a ton of creative ways to replace other foods.  For example, you can make creamy mashed cauliflower instead of mashed potatoes.  Food processed cauliflower florets make amazing “rice.”  Roasted cauliflower can be used as a fun popcorn alternative.  And you can even use cauliflower to make flatbread!

Ok, on to the recipe, which is pretty easy – you can use a pressure cooker to speed things up or a regular pot on a stove.  If you have an immersion blender, then that makes it easier, but you can also use a regular blender or food processor instead.

To serve, I suggest adding a drizzle of extra coconut cream on top (for decoration and just because it’s so delicious) and then dipping some of Tiffany’s coconut flour bread in the soup!

To make things even easier, here are some step-by-step instructions with photos:

Place your chopped leek and cauliflower pieces into a large pot or pressure cooker pot along with the chicken or bone broth.

If you’re using a pressure cooker, then set it to cook on high pressure for 30 minutes.  If you’re using a regular pot on a stove, then place the lid on and simmer for 1 hour or until all the vegetables are tender.

Stir in the warm coconut cream and add salt to taste.

Pour into a bowl and serve with a drizzle of addition coconut cream on top.  Dunk some coconut bread into the soup and enjoy. 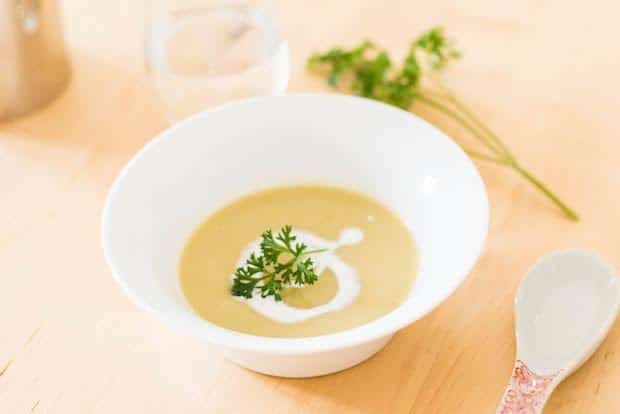 This simple soup recipe for Leek & Cauliflower Soup is both Paleo and AIP-friendly (Paleo autoimmune protocol). 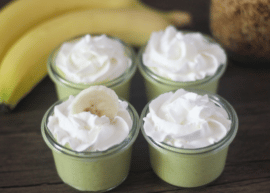 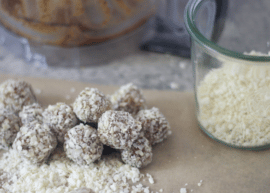 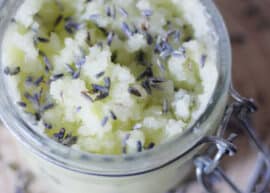