Coconut puree is generally a mixture of coconut cream and a sweetener, with a taste and texture similar to whipped cream. If you buy coconut puree, it will likely be homogenized to keep the mixture smoothly mixed to prevent separation.

How does coconut puree compare to other coconut products?

Because coconut puree is usually made from coconut cream, the two are very similar. Coconut cream is a thicker version of canned coconut milk, which is made by heating coconut flesh and water. The thicker, solid layer of the mixture is removed, which is the coconut cream.

Coconut puree is made by mixing coconut cream and a sweetener and then stabilizing it through a process called homogenization, which evenly mixes the fat particles and liquid so they don’t separate.

Coconut oil is made by extracting the oil from coconut flesh. The result is a 100% fat product that is solid at room temperature. Coconut oil is much higher in fat with a greasier texture compared to the smooth, creamy texture of coconut puree.

How do you make coconut puree?

If you want to make coconut puree, the closest way you can make it at home is by mixing coconut cream and a sweetener of your choice.

You can store your homemade coconut “whipped cream” in the fridge for 1-2 weeks, and it will stay hardened due to its high fat content.

In cocktails and mocktails

Coconut puree or coconut cream are popular ingredients in tropical cocktails and mocktails such as coconut margaritas, pina Coladas, and coconut martinis.

Coconut puree can be blended with other ingredients like pineapple juice, or it can be drizzled on top of a drink as a finisher or garnish.

Coconut puree can be used in creamy desserts such as puddings, mousses, and pies. Coconut puree and other coconut products are popular in vegan recipes because they provide a creamy texture without relying on cow’s milk products like cream cheese or whipping cream.

Here are the ingredients and nutrition facts for coconut puree from ‘The Perfect Puree of Napa Valley’ as an example.

Now, let’s compare coconut puree to coconut cream since they are so similar.

As you can see, the main difference between coconut puree and coconut cream is the addition of sugar, making it higher in carbohydrates and calories.

Can you give coconut puree to a baby?

Coconut products can be given to babies once they have been introduced to solids. Ideally you should choose a coconut product that is unsweetened, since babies shouldn’t be exposed to sugar-sweetened products early in life.

To introduce coconut to a baby, consider offering unsweetened coconut cream on a spoon. Avoid giving coconut water to babies under 12 months, since they should only have breastmilk or formula and water in their first year of life.

What can you substitute for coconut puree?

Coconut cream can be substituted for coconut puree – simply add a sweetener of your choice, such as stevia, sugar, or powdered sugar. 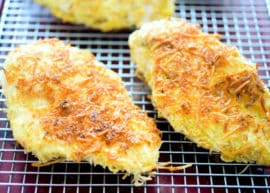 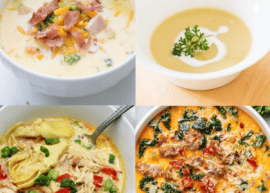