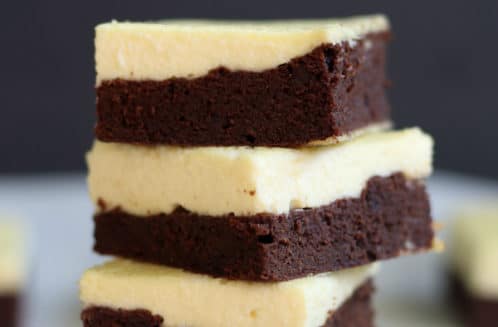 These keto cheesecake brownies are the best keto dessert! The bottom brownie layer is made with cocoa powder and eggs and is topped with a sugar-free cheesecake. These low carb brownies are perfect for anyone on a keto diet.

I love brownies and cheesecake so it only makes sense to smash the two desserts together to make an epic brownie, right?

I actually came across a recipe for these bars on Pinterest and they looked so good I decided to make them right away. The original recipe used a boxed brownie mix and cheesecake filling. I, of course, decided to make them with real food ingredients and cut the sugar out and used swerve instead.

The brownie layer is based on the flourless brownie recipe developed by my friend Carol of Ditch The Wheat. I’ve altered them slightly for my taste and just love how simple they are to make. They are rich and delicious! Mix them with homemade cheesecake and you have yourself a winner!

Start by making the flourless brownies. Stir all the dry ingredients in a medium bowl, then add the eggs, coconut oil, and vanilla. You may use coconut sugar instead of swerve if you prefer.

Pour the brownie mixture into a parchment paper-lined pan pan. Spread the brownie batter evenly in an 8-inch baking pan.

Partially bake the brownies in the oven. Let them cool slightly and top with the cream cheese mixture. 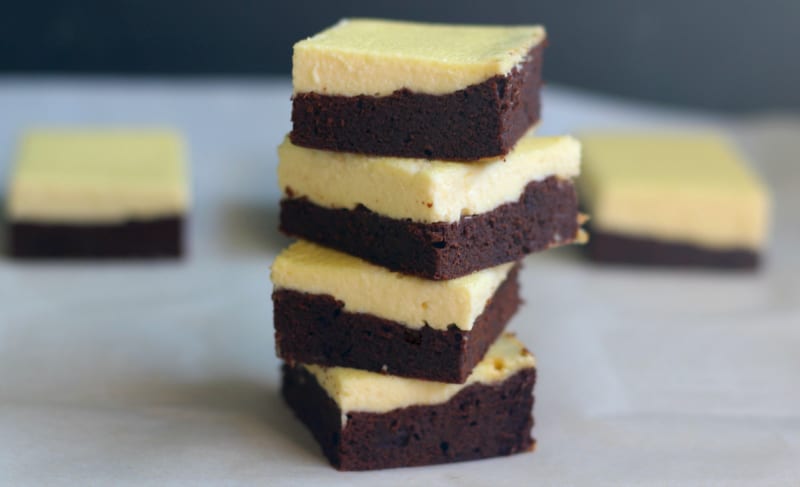 These keto cheesecake brownies are the best keto dessert! The bottom brownie layer is a flourless brownie topped with a sugar-free cheesecake.

Nutrition info based on using swerve sugar free sweetener. There are 2.2g net carbs per serving.

There are no dairy-free substitutes for this recipe at the moment. I will be testing out a cashew cheesecake with this brownie recipe and will update if it turns out. For now, check out this dairy-free raw lemon cheesecake recipe! 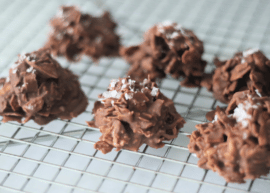 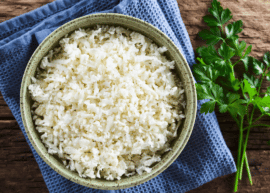 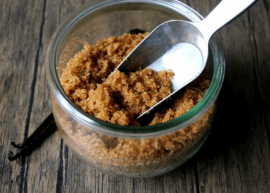 How to Make Your Own Sugar Scrub At Home: A Simple DIY Guide
Prev Post Cauliflower Fritters
Next Post Coconut Bacon